Family band to hit the stage 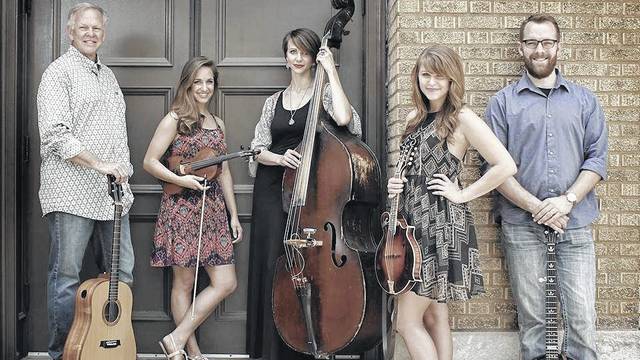 The Bankesters is a bluegrass and Americana band with a healthy dollop of country, gospel and folk mixed in. They are the headliners for this week’s Levitt AMP Middlesboro Music Series.

This week’s concert will welcome The Bankesters to the stage, also comprised of family members like the O’Connor Band that performed last week. It serves to provide an excellent theme regarding the strength of family and creates a pleasant bridge between last week’s show and this week’s.

The Bankesters, headed by patriarch and matriarch Phil and Dorene Bankester, is a bluegrass and Americana band with a healthy dollop of country, gospel and folk mixed in.

The band is rounded out by daughters Alysha (vocals, fiddle, and mandolin), Emily (fiddle, banjo, vocals) and Melissa (bass, vocals) and son-in-law Kyle Triplett, who is also Melissa’s husband (guitar and vocals).

The Bankesters have made a name for themselves due to their acclaimed vocal harmonies. In 2012, Emily won the first won the first International Bluegrass Music Association Momentum Award for Vocalist of the Year.

Levitt Master of Ceremonies Dana Greene had this to say about the band:

“The Bankesters are a critically acclaimed band with a bluegrass sound influenced by folk and country roots. The lead vocals from Alysha and Emily Bankester, as well as IBMA Momentum Award winner Melissa Triplett, are spell-binding. Plus, the harmonies created by the group are exquisite when coupled with the band’s masterful play on a variety of traditional bluegrass string instruments.”

In 2014, the band won an Independent Music Award for “Best Bluegrass Album.”

The opening act for this week’s show will be Tom Blankenship and as usual, the fun is free and starts at 6:30 p.m. on the Levitt stage in downtown Middlesboro.

For more information on the Bankesters visit http://concerts.levittamp.org/the_bankesters or their Facebook page at https://www.facebook.com/the.bankesters/. Bluegrass Unlimited quote found at http://bluegrassmusic.com/content/new-releases/releases-june-2009/.