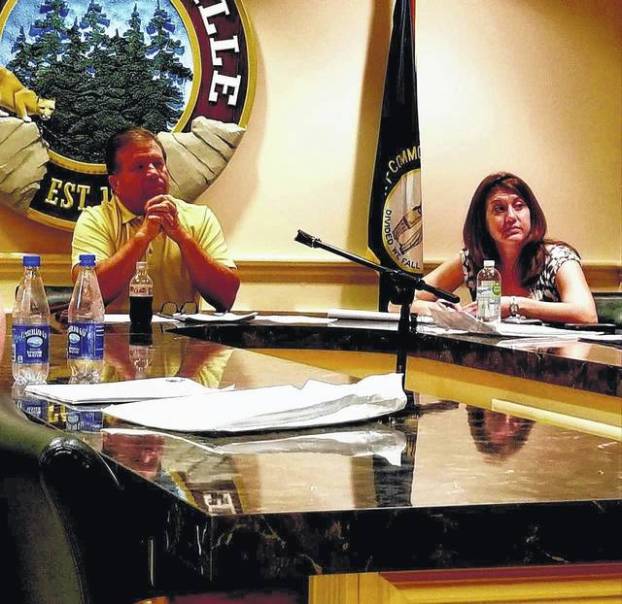 The Pineville City Council met Sept. 11 to adopt a resolution on the CERS2017 pertaining to KLC (Kentucky League of Cities) and Kentucky Retirement Systems.

The Kentucky League of Cities is a non-profit membership association that states its mission is to “support community innovation” and “quality governance.”

They offer and provide Kentucky cities with services that include advocacy of legislation, legal services, policy development and community consulting.

Over the past few months, there has been much debate about the state of Kentucky retirees’ pensions concerning those who work on a local and state level.

According to an article published in the Courier-Journal, the issue stems for Kentucky’s pension debt being a staggering $39 billion shy of where it needs to be to meet pension and healthcare imperatives for retirees’ over the next three decades. Gov. Matt Bevin’s administration estimates that the number is actually far worse, putting $64 billion for pensions and $6 billion for health plans.

The CERS (County Employee Retirement System) is funded at 62 percent and is one of the plans that would see the direst effects of this crisis. This includes city, county and school board employees.

CERS is currently under Kentucky Retirement Systems, and there is now a push to have the KLC take over CERS from the KRS.

Councilwoman Patricia Bingham is in favor of this separation and feels it is in the best interest of Kentucky cities to go along with this plan due to the ongoing troubles with the KRS’s management of CERS.

“I think that the CERS should be out from under that state umbrella, they can’t manage it,” said Bingham.

“This is just on behalf of the city that we send a resolution with the Kentucky League of Cities that we support these retirees that have a good retirement system,” she said.

Bingham further elaborated that the separation would allow for much better oversight of CERS by the CERS board, which they do not have under the KRS umbrella.

It was also noted that other cities have adopted this resolution to support KLC in their goal of attaining CERS and that Pineville should follow suit.

Some information for this article was obtained through http://www.klc.org/news/1758/About_KLC